This beautifully written poem is a true celebration of prominent African Americans, who have played a pivotal role in American history. It highlights the struggles of great artists, athletes and activists, whose passion, faith and determination against racial injustice has changed the world. Many of these amazing individuals have personally battled against discrimination, inequality and poverty, and helped to ‘undermine the false narrative of white supremacy’ by standing up for what they believed in with resilience and an unwavering fighting spirit for equality. 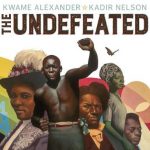 And the Ocean was our sky – Patrick Ness

Living in a topsy- turvy world under the ocean, Bathsheba the apprentice whale is forced to face her destiny. Led by the formidable Captain Alexander, the pod of whales fight the never-ending war against men.  In a world of prophecies and myths, their relentless captain leads them on a final hunt, one which will forever change the worlds of whales and men, one which will lead them to the great devil himself, Toby Wick. A story of facing your fears, moral choices and not to trust rumours which build on your demons ‘the devils we make will destroy us all’. Do we all have our own personal monsters?

The descriptive language used in the battles throughout this text make it most appropriate for upper key stage 2. With beautiful illustrations to clarify the action, this story is dark and powerful and unlike anything I have ever read before. 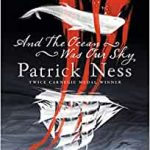 A lovely simple story book about a stranger who becomes a friend, a story of being accepting and of kindness.

There are some moral issues in here to unpick too –

A great conversation starter about right and wrong and different opinions.<

Is the stranger lying about the contents of his suitcase? It seems unlikely it would all fit…

While the stranger takes a nap, should they look inside his suitcase to see if he’s lying?

Saying sorry isn’t enoughWhen the animals break his teacup whilst the stranger sleeps, they open the suitcase. They don’t just apologise for breaking it, they fix it for him too.

A great starting point for thinking about making good choices. Ideal for KS1 and Lower KS2. 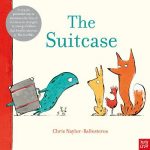 Five year old Rosie with her flaming red hair is on a secret mission, preparing a plan which will see her awarded a medal. Sitting at the back of a school room while her mother helps the war effort in the factories, Rosie observes the lesson of the older children without really realising how much she is learning.

Her father is away, fighting on the frontline for his country and sends letters home which Rosalie’s mother reads lovingly to her each week explaining how much he misses his family.

Rosalie realises that the markings on the school master’s board begin to mean something – she has learnt to read. This was her secret mission all along! Now, she is able to decipher the marks and squiggles on the letters from her father. Is this the mission Rosalie really wanted?

Sneaking home one day, she longs to finally read her father’s letters for herself, but instead of the optimistic, loving messages her mother has read out to her, she discovers the letters contain her father’s fears, pain and anguish from the frontline.

Poignant and heartrending, this beautifully written story shows the realities of family life during the Great War through the eyes of one very determined little girl. 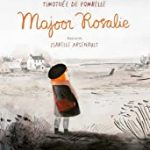 Other books to enjoy

A book for all ages to read and listen to:

Charlie and the Chocolate Factory

What an absolute classic! Surely there’s no better time to read or listen to this fabulous story, all about chocolate, than now. Charlie and the Chocolate Factory is a 1964 children’s novel by British author Roald Dahl. The story features the adventures of young Charlie Bucket inside the chocolate factory of eccentric chocolatier Willy Wonka. Grab your golden ticket and dive inside a different world whilst eating your eggs and feel the magic. I wonder what kind of interesting characters you’ll meet along the way. What will happen to them? Will any lessons be learned? Let’s open the book and see… 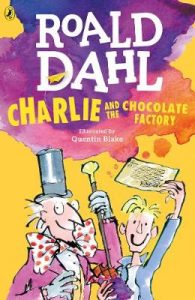 If ever there was a book that linked to our school values, it’s the giving tree.

This month’s KS1 recommendation (which you can find in the Library or in Mr Barton’s classroom – he’s happy to share) is a story about a little boy whose best friend is a tree. They do everything together. As the boy gets older, he visits the tree less and less but takes more and more from it. No matter how much the boy takes, the tree is always there when the boy needs him, even if it is just a stump…

Although this book was first published in 1964, it is an absolute classic that is still enjoyed by children everywhere today. 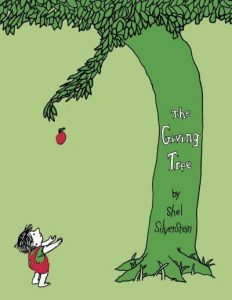 Key Stage 2 : The Boy at the Back of the Class

Each month in our school newsletter, we will be recommending a book for our children to read. This month’s KS2 recommendation (which you can find in our new school library) is a story about how one ordinary nine-year-old child and three classmates are full of empathy for Ahmet, a boy that comes to their school as a refugee from Syria (he is the boy at the back of the class).

Through their sensitivity, curiosity, ingenuity, bravery and kindness, they make a massive impact on Ahmet’s life, friends, class, school, community and wider world. It helps us understand the importance of not judging people before you know them.

Told with heart and humour, it is a book that will help children think about what it is to be a good person whatever your circumstances and challenge prejudice and push for fairness, whenever possible.

It is an excellent choice for those that have enjoyed the book ‘Wonder’ and one not only for children, but for adults too! 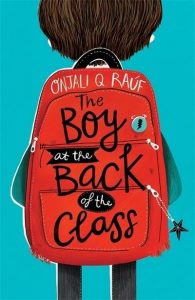